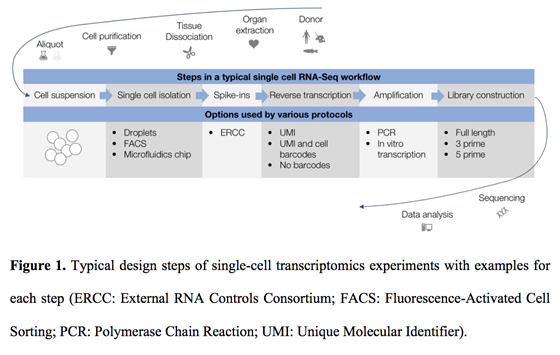 RNA sequencing reveals the identities and quantities of transcribed genes in a biological sample. Evaluation of the total gene expression profile of a biological sample is referred to as “transcriptomics”. Genes are transcribed in response to some signal(s) that the gene products (proteins) are required. Each transcribed RNA transcript then undergoes processing (addition of a poly-A tail, 5’-capping, exon splicing) to generate messenger RNA (mRNA), which is exported from the nucleus to the cytoplasm for translation into the corresponding encoded protein. The derived sequences of each mRNA transcript are aligned against a reference genome to establish the identity of the corresponding gene. Since each mRNA molecule represents a single gene transcript, the total mRNA count aligning to a gene represents the expression profile for that gene.

Gene expression profiling begins with isolation of total RNA from a tissue sample or from individual cells. mRNA is typically purified from total RNA by removal of ribosomal RNA (rRNA). mRNA is further processed for sequencing, as described in a detailed example protocol found in Appendix 1 of this document.

A visual summary is provided below. 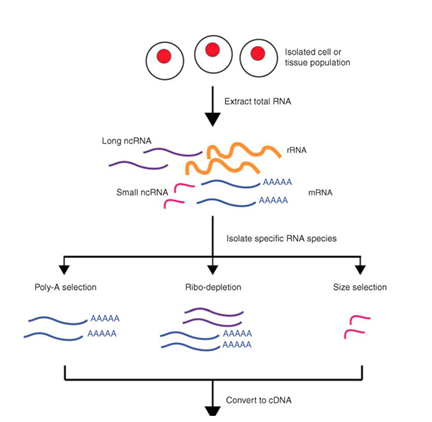 Figure 2: A basic representation of the major steps and considerations in the sequencing of RNA. (Kukurba et al, 2015) 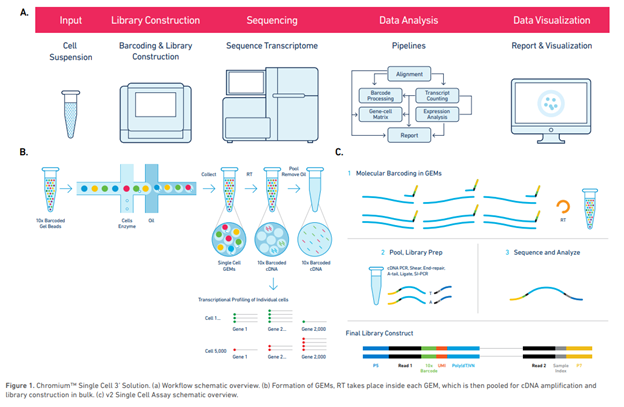 Accessible chromatin in permeabilized nuclei is captured by Tn5 transposase, before droplet generation (DropSeq). Without heating or detergent treatment, binding of transposase to its DNA substrate after transposition maintains contiguity of the original DNA strands, allowing for the co-packaging of accessible genomic sites and mRNA from individual nuclei in the same droplets. A splint oligonucleotide with sequence complementary to the adaptor sequence inserted by transposition (5′ end) and the poly(A) bases (3′ end) allows capture by oligo(dT)-bearing barcoded beads. After encapsulation of nuclei, mRNAs and fragmented chromatin can be released by heating the droplets, allowing access to splint oligonucleotides and adaptor-coated beads with a shared cellular barcode for library construction.

Cells are fixed and permeabilized with methanol (alternatively, cells are lysed and nuclei are recovered), then distributed across 96- or 384-well plates. (ii) A first molecular index is introduced to the mRNA of cells within each well, with in situ reverse transcription (RT) incorporating a barcode-bearing, wellspecific polythymidine primer containing unique molecular identifiers (UMIs). (iii) All cells are pooled and redistributed by fluorescence-activated cell sorting (FACS) to 96- or 384-well plates in limiting numbers (e.g., 10 to 100 per well). Cells are gated on the basis of DAPI (4′,6-diamidino2-phenylindole) staining to discriminate single cells from doublets during sorting. (iv) Second strand synthesis, transposition with transposon 5 (Tn5) transposase, lysis, and polymerase chain reaction (PCR) amplification are performed. The PCR primers target the barcoded polythymidine primer on one end and the Tn5 adaptor insertion on the other end, so that resulting PCR amplicons preferentially capture the 3′ ends of transcripts. These primers introduce a second barcode that is specific to each well of the PCR plate. (v) Amplicons are pooled and subjected to massively parallel sequencing, resulting in 3′-tag digital gene expression profiles, with each read associated with two barcodes corresponding to the first and second rounds of cellular indexing. In a variant of the method described below, we introduce a third round of cellular indexing during Tn5 transposition of double-stranded cDNA. Most cells pass through a unique combination of wells, resulting in a unique combination of barcodes for each cell that tags its transcripts. The rate of two or more cells receiving the same combination of barcodes can be tuned by adjusting how many cells are distributed to the second set of wells. Increasing the number of barcodes used during each round of indexing boosts the number of cells that can be profiled while reducing the effective cost per cell. Additional levels of indexing can potentially offer even greater complexity and lower costs. Multiple samples (e.g., from different cell populations, tissues, individuals, time points, perturbations, or replicates) can be concurrently processed in one experiment, using different subsets of wells for each sample during the first round of indexing.

This metadata field schema now resides in Github where it can be viewed and downloaded.

This metadata field schema now resides in Github for download.

The raw sequencing data is recorded in a FASTQ file which contains sequenced reads and corresponding sequencing quality information. Every read in FASTQ format is stored in four lines as follows

Line 1 begins with a ‘@’ character and is followed by a sequence identifier and an optional description (such as a FASTA title line).

Line 2 is the sequence of the read.

Line 3 begins with a ‘+’ character and is optionally followed by the same sequence identifier (and any description) again.

Line 4 encodes the quality values for the bases in Line 2.

The bolded steps below constitute a series of standard RNA-seq data analysis workflow. 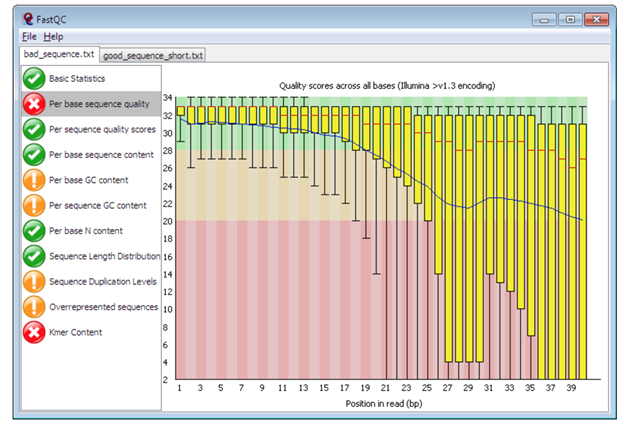 Figure 6: Plot of per sequence base quality (Figure from Babraham Bioinformatics)

Base quality scores: prediction of the probability of an error in base calling

GC content: Percentage of bases that are either guanine (G) or cytosine (C)

Note that this is not per-cell. Trimmed reads are mapped to reference genome.

Percentage of reads that map to exactly one location within the reference genome.

The protocol from NEB is summarized as follows and can be found here (NEBNext® UltraTM RNA Library Prep Kit #E7530S/L, Version 10.0_4/20). Briefly, using rRNA-depleted mRNA, first perform RNA fragmentation followed by primer addition and first strand cDNA synthesis. Next perform second strand cDNA synthesis and bead purify with AMPure XP beads. Perform end-prep, adapter ligation and another bead purification. Depending on the number of samples being prepared, it will be important to use either singleplex or multiplex oligos in the PCR enrichment steps for downstream sample demultiplexing. Then, finally bead purify once more and check the quality of the library by observing the library size distribution on a Bioanalyzer. The average size should be around 300 bp.

The detailed assay protocol can be found here: dx.doi.org/10.17504/protocols.io.bftnjnme